The Power of Psalm 91: A Supernatural Miracle in Holland 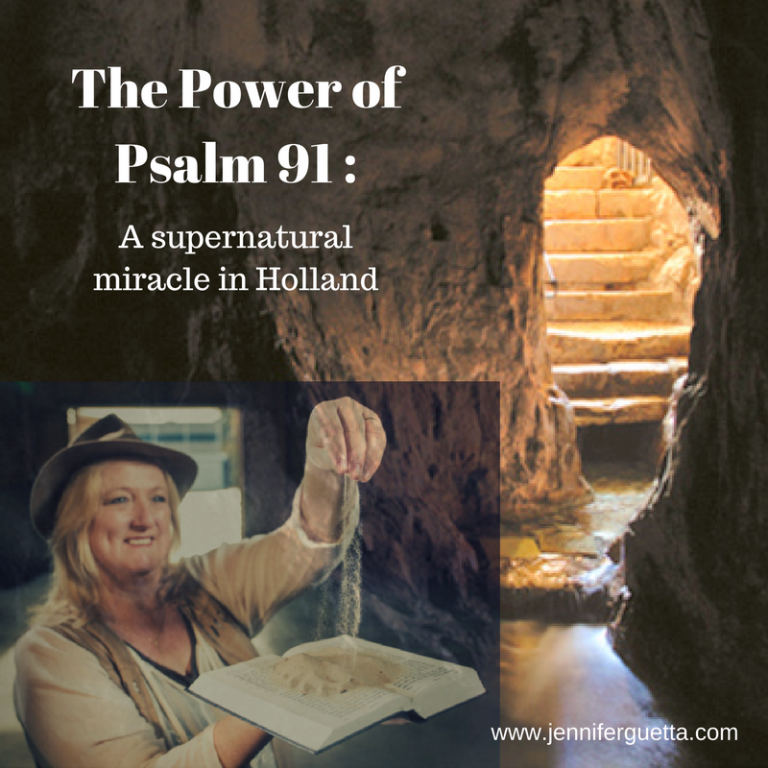 One night, I felt ice cold air in my bedroom. All the hairs on my arms stood upright and my heart started beating so fast that I could barely breath. I immediately started praying. From the many months of struggle that I had gone through I understood that I was being attacked by forces of darkness that I could not see, including witchcraft and demons. The witchcraft caused my mind to become clouded and my eyes to burn. My body was exhausted. Somehow these demons make you tired, and there is a strange pressure along the sides of your head. Witchcraft also attacks your mind. You cannot focus your thoughts, your mind is scattered, and they try to cloud our vision. That night I knew that her demons were attacking us. In desperation, I cried to Jesus and said: “LORD! Help me.”

“Amid disquieting dreams in the night, when deep sleep falls on people, fear and trembling seized me and made all my bones shake. A spirit glided past my face, and the hair on my body stood on end. It stopped, but I could not tell what it was.” Job 4:13-16

Unlike the many times that He had rescued me before, this time I didn’t get any answer. Frantic, I opened the Bible in front of me and started searching for a word from God to help me. But I couldn’t find anything and almost gave up. As I closed my Bible the inside cover of the back page crossed my eyes. On the page were hand-written notes from my stepfather Barry from more than 30 years ago (he died 9 years earlier). During his studies at Christ for the Nations Institute in Dallas he had used this Bible and later he had given it to me. I scanned over the words he had written in the past. Suddenly my heart jumped. How was it possible?

The notes were a list of things to do to protect your house! It said:

“KEY: protection by angels, against demons and demonly.”

With a small penned in note along the side:

The words seeped in my heart as if a voice from the past was ringing a bell. These words were written by my stepfather 30 years ago and I found them when I was in desperate need, and actually battling real demons and witchcraft.

Immediately I followed the words and turned to Psalm 91 and read it out loud. I had never read it before! As I did, I noticed a sudden shift in the air. Then I read it again out loud and prayed the words in the name of Jesus. Immediately the air became warm again and my mind began to clear. The witchcraft stopped and could not come near me. At the time, I could barely believe what was happening. I realized that demons didn’t like these words and flee from them, especially if they are pronounced in the name of Jesus! It was a Psalm for protection against evil for those that love him. The things which the Psalm described reminded me of what I had experienced. The “terror of night” and “the pestilence that stalks in the darkness” were very real to me. As was the sudden shift in the air around me, when I read these words out loud. This Psalm was about protection and not to be afraid of the dark and attacks by night. Every word was written for me. I thanked Jesus for sending me this gift. It was a revelation: a sword to fight in the spiritual realm.

As I read the words out loud again, the air returned to normal and the demons fled. Later, I wondered, how did God know I would need this Psalm and how did let me find it just when I needed it? Did he know 30 years ago what would happen to me today? It is incredible to think about how much God knows and that everything comes together. The miracle was the perfect timing of me finding that scripture at just the right time. There are thousands of verses in the Bible. But this was especially for today. I was shocked by God’s awesome power, over time and place and people.

Later I found out that there are many books written about the power of Psalm 91 in the spirit world (see examples below). Some even call it the strongest protection prayer in the Bible. But I had never read it before or even heard about it! I was using it, because the Lord showed it to me when I was in need… and it worked. I made a copy of it and placed it next to my bed and prayed it over my family and my house many nights. This illustrates how powerful Psalm 91 is in the spiritual world, that God’s word is indeed a double edged sword and should be used in spiritual warfare. Sometimes God rescues us himself, but other times he gives us the tools to fight. Scripture is your tool. Jesus is the Word which comes to life.. so in essence, as you speak a scripture out loud you are proclaiming the power of Jesus.

The archaeology of Psalm 91
Three years after my supernatural experience with Psalm 91 I found out that this Psalm is associated with deliverance from evil throughout history, archaeology and in Jewish tradition. Psalm 91 is mentioned in the Dead Sea Scrolls as an antidemonic hymm and a blessing for the righteous against threatening dangers (Qumran 11Q11). It has also been found on ancient Jewish amulets (5th to 6th century AD) and magical incantation bowls (6th to 9th century AD) used to ward off evil spirits. “To certain texts from the book of psalms special power was attributed to protect people from demonic threat and evil.” (Dr. G. Vreugdenhill pg. 1.). In the New Testament Satan tempts Jesus with the words from Psalm 91 (Mat. 4:1-11, Luke 4:1-13). In the Jewish Talmud this psalm is referred to as a: “song for the possessed” and reciting it will bring protection against demons and intended as a Psalm before going to bed. “Given the Aramaic paraphrase of Psalm 91, the later rabbinic understanding of it, and its quotation in the temptation of Jesus, the appearance of Psalm 91 in 11Q11 (the Dead Sea Scrolls) strongly suggest that the psalm was understood as an exorcism psalm not only at Qumran but among Jews in the time of Jesus.” (Craig A. Evans. 2011, 541,55 see below, and G. Vreugdenhill, 2013).

A lot of research has been done about this Psalm, but I did not know any of this when the Lord showed it to me in the middle of a spiritual battle. My experience shows that this ancient Psalm still works supernaturally and when it is spoken in combination with the name of Jesus, it is even stronger.

The Bible is very real and every word is still relevant for today. 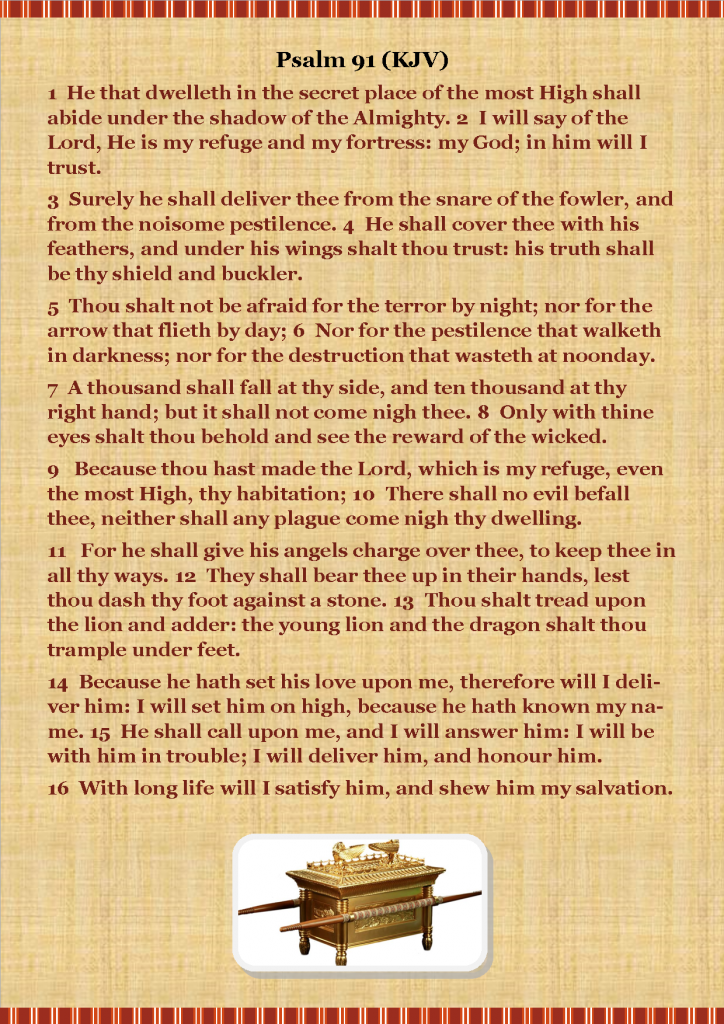 For more information about Psalm 91:

Psalm 91: Real Life stories of God’s shield of protection and what this means for you & those you love. Peggy Joyce Ruth, Angelia Ruth Schum, 2007. Charisma House

Jesus and Psalm 91 in Light of the Exorcism Scrolls, Craig Evans
(in celebrating the Dead Sea Scrolls: A Canadian Contribution, Atlanta, Society of Biblical Literature, 2011)

3 More Sure Signs Witchcraft Is Attacking You