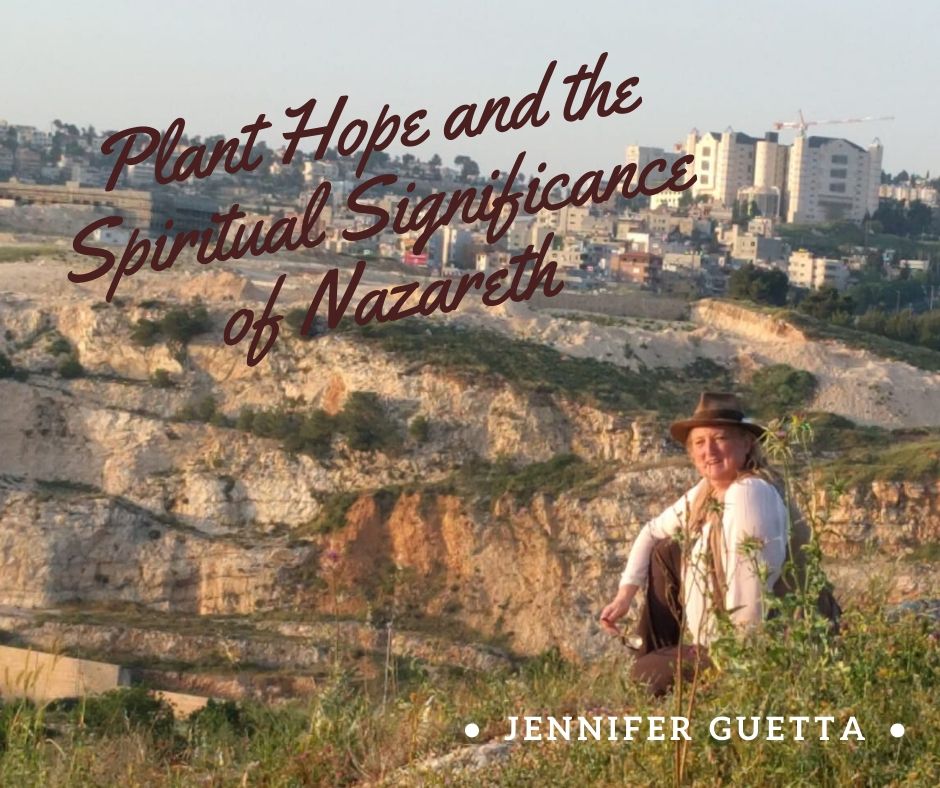 A Dream in Nazareth

Nazareth is Jesus home for thirty years of His life. Amazing things took place here: Mary encountered the angel Gabriel here and Joseph dreamed he was to take Mary as his wife. But have you ever  heard of the spiritual significance of Nazareth? I didn’t, until we visited it in 2019 on 25th of April during Passover week. With a crew of ten people we were filming a Dutch TV Children’s program  about the places where Jesus lived. We were sleeping in an apartment in the center of town. On the sixth day of Passover I heard a clear voice in my dreams, saying:

“Can you explain about the spiritual significance of Nazareth?”

When I woke up the words were still ringing in my ears. I recognized that the voice was from the Lord. It was from my shepherd, Jesus. He really is alive and still speaking to His disciples today. His words came me out of nowhere and I had no idea what He meant! In the dream I felt Jesus’s love for Nazareth and His longing for me to discover what was so special about this place. His words were a question, an invitation to discover a part of Him that I had forgotten, and at the same time also a commission to explain what I found to others. 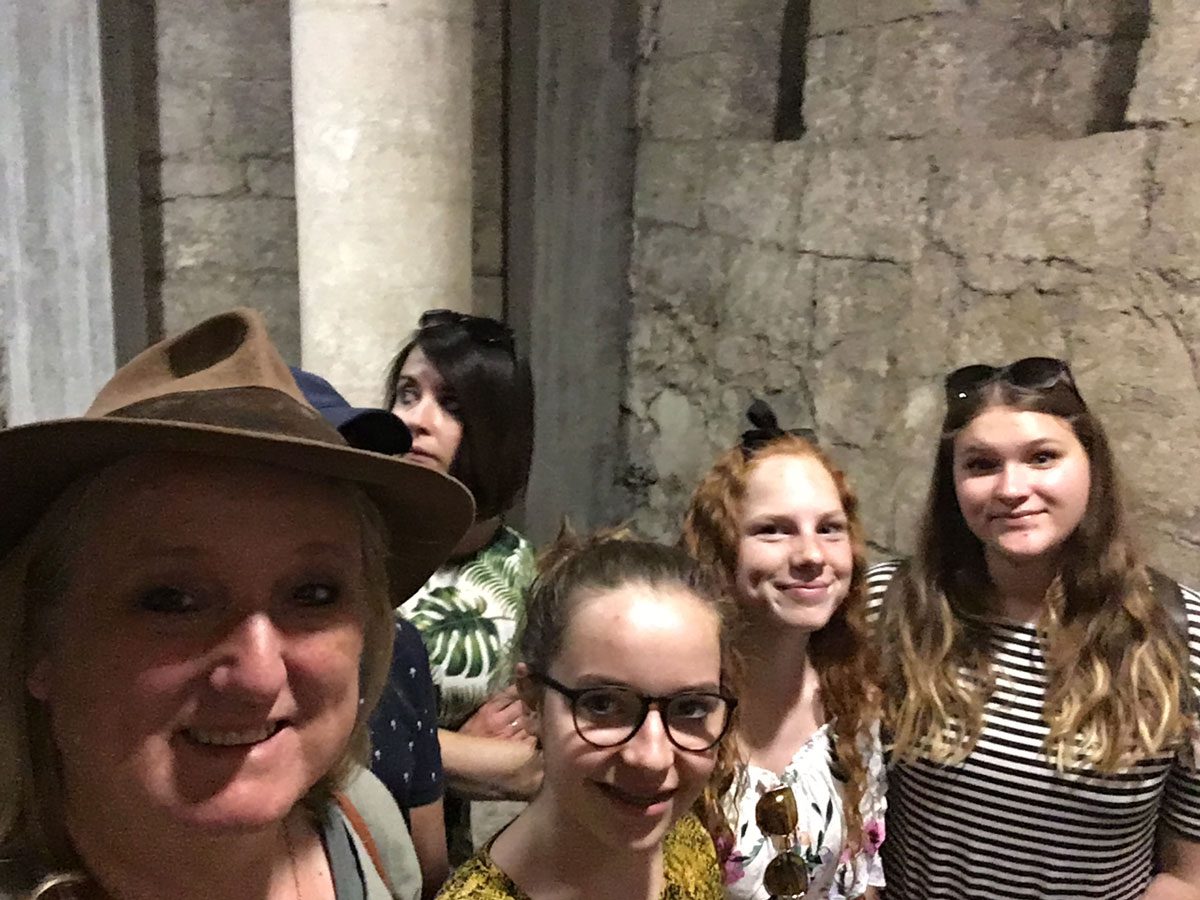 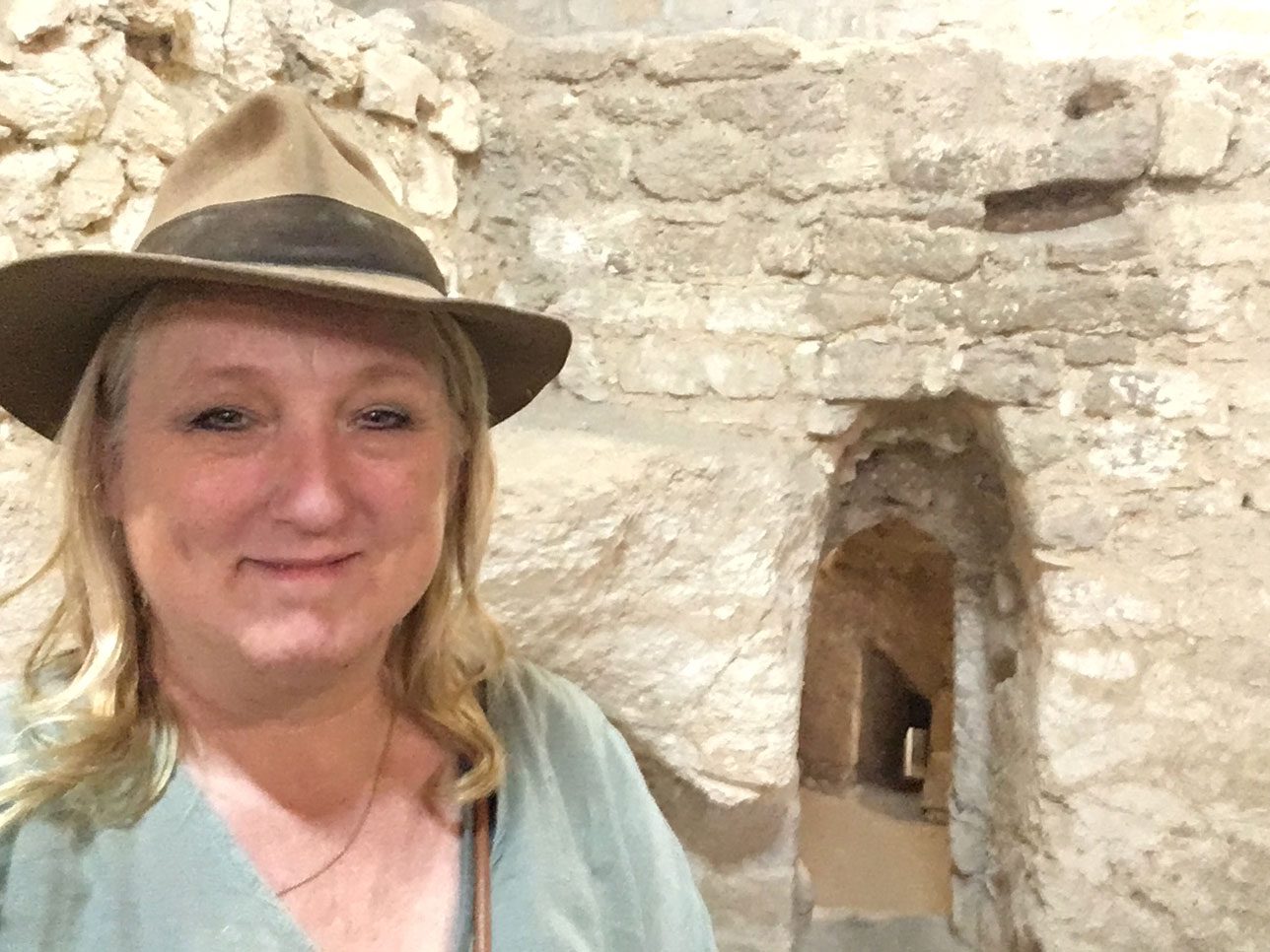 I prayed out loud and said: “Lord what do you think the spiritual significance of Nazareth is?” But I heard no reply. I realized that He wanted me to do the research. Immediately I grabbed my iPhone and researched Nazareth and discovered amazing things! This article is a result of that research. It is my obedience to that dream to explain what I found. I hope it will bless you and give you a deep insight into why the Messiah lived in Nazareth.

What good can come from Nazareth?

According to Old Testament prophecies, the Messiah was to come from Bethlehem (Micah 5:2), NOT Nazareth. Indeed, Jesus was born in Bethlehem, but why then did Jesus grow up in Nazareth? In the first century Nazareth was a small rural town settled against a hill in the lower Galilee. It was only a few hundred years old and was known as a common place, for local people.

John writes that Nathanael says: “What good can come from Nazareth?” (John 1:46).

During that time Nazareth was a small town with only about 80 families, and people couldn’t imagine anything good coming from such a place.

Yeshua is often called “Jesus of Nazareth”  or Jesus the Nazarene which means someone from Nazareth (not Nazirit). In Matthew 2 we read that in the first century people believed the prophets of Israel had said that the Messiah would be called a “Nazarene”.

“and he went and lived in a town called Nazareth. So was fulfilled what was said through the prophets, that he would be called a Nazarene.” Matthew 2:23.

However, the small town was only settled after the deaths of Isaiah, Jeremiah and Zedekiah and there is NO prophecy about the Messiah being called a Nazarene in the entire Old Testament. Meaning that during the time of the prophets, Nazareth did not exist yet! 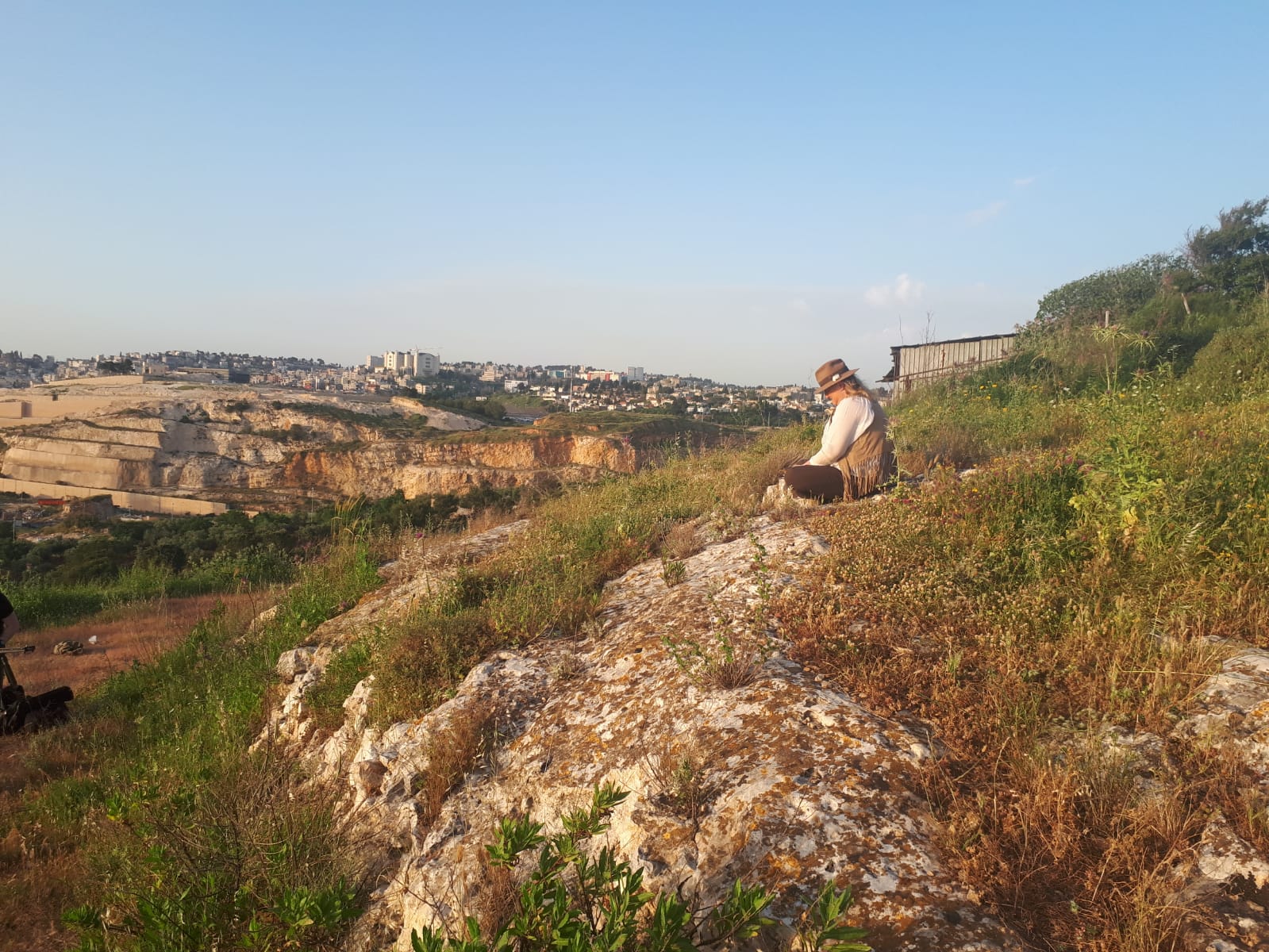 So which prophecy was Matthew referring to?

And there shall come forth a rod out of the stem of Jesse,

and a Branch shall grow out of his roots:

And the spirit of the Lord shall rest upon him,

the spirit of wisdom and understanding,

The root word for rod is shoot or branch in Hebrew is “Netzer”. Most likely, the same root word as Nazareth (naz’-a-reth (Gk. fr. Heb.)), it means branch; offshoot; sprout. This refers to a shoot or branch that grows on a tree that is chopped down. A shoot that comes from a stump of a tree, which will insure that a new tree will grow where the other died. A sprout of hope. The prophets used the metaphor of Israel being like a tree that was cut down from which one day a new sprout would come up again. The stump of Jesse refers to the family tree of King David. Jesse was his father, and the kings of Israel grew from his lineage. After the fall of the kingdom of Israel and Judah, the return from Babylon and the Roman occupation the lineage of David had been cut down and became a stump. The prophecy in Isaiah is about a Messiah coming from the lineage of King David. Therefore this prophecy is about the future of Israel and the promises of hope God gave to Israel through the Messiah. A new start. A new beginning.

The People of Nazareth

In the first century the people of Nazareth came from a small clan from the line of David who had returned to live in Israel and they had records to prove it. They likely established themselves in Nazareth (instead of Bethlehem) because they were afraid for their lives in the center of Roman occupation and were hiding in a relatively quiet place. Most of the people of Nazareth were extended families and royalty of Judah. It is likely they called the place “Nazareth” to refer to the netzer “the branch”, because they believed one day God’s promises for Israel will be fulfilled.

The small shoot  (plant) was a messianic leader who came from the Davidic family line and he would save his people and restore the kingdom of Israel, both spiritually and physically. He was the “Netzer” a branch of hope that God gave to his people. Other prophets also called the Messiah a righteous branch. Jeremiah says:

“Behold, the days are coming, says the Lord, when I will raise up for David a righteous Branch, and he shall reign as king and deal wisely, and shall execute justice and righteousness in the land. In his days Judah will be saved, and Israel will dwell securely.’” Jeremiah 23:5-6

Hear now, O Joshua the high priest, you and your friends who sit before you, for they are men of good omen: behold, I will bring my servant the Branch…” (Zech. 3:8-10)

The meaning of Nazareth is therefore a plant of hope that God will redeem  and restore Israel through the Messiah.

A day after the dream about Nazareth our team was invited to go a small congregation of believers who met at the foot of Mt. Precipice. This is the hill where Yeshua’s family had tried to throw him off a cliff 2000 years ago. It was the last night of Passover and at the same time Greek orthodox Good Friday. A week earlier we had also celebrated Good Friday on the night of Passover with 140 people in Amsterdam. Now we were in Nazareth and together the locals we remembered how the Messiah Yeshua had saved his people from the darkness by becoming the Lamb of God on Passover. A true Netzer of hope to Israel and the nations. It was amazing to see the people of Nazareth welcoming him back with open arms. A new beginning for Israel. 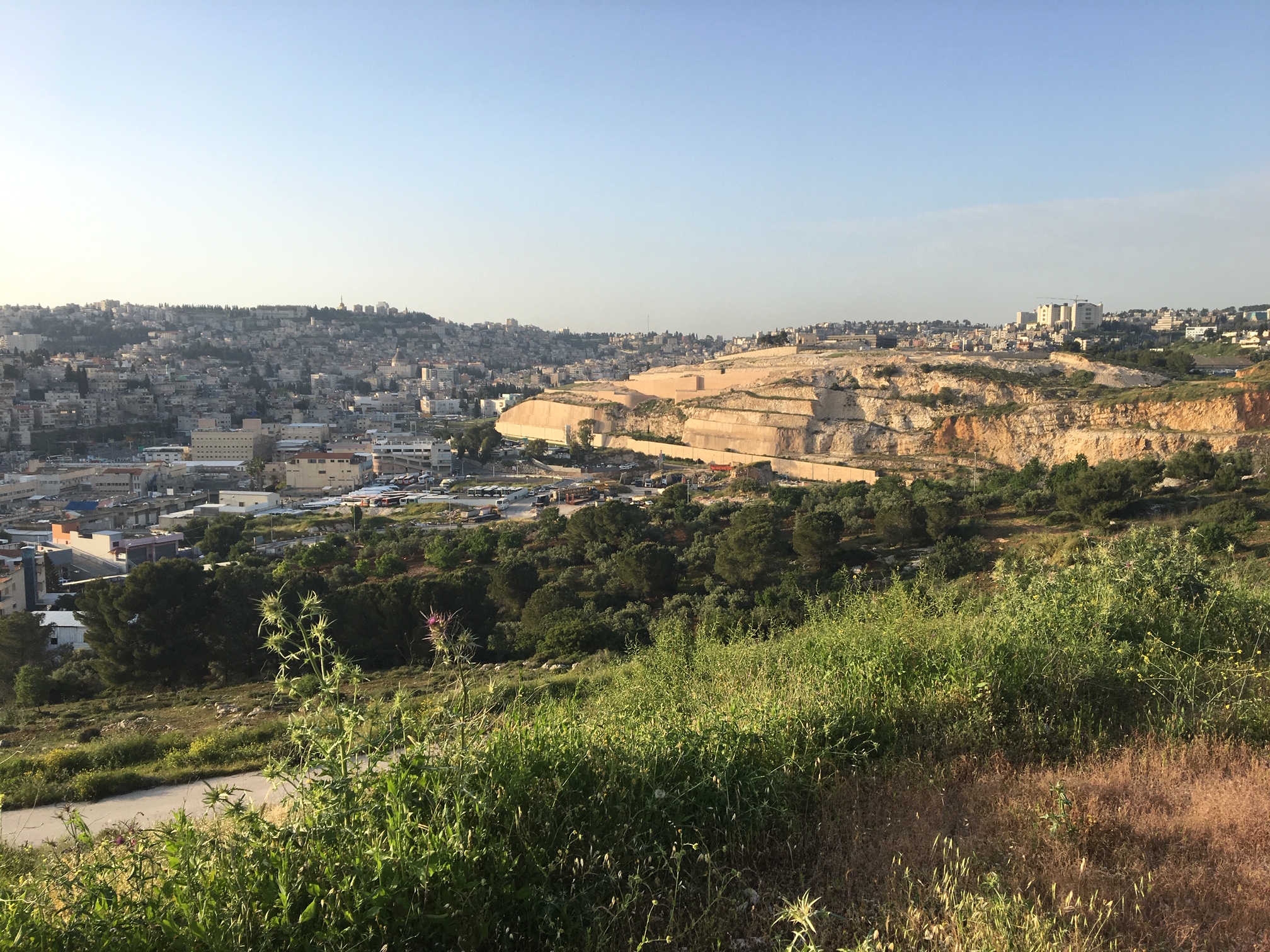 The 8th day of Passover 2019, Messiah’s Meal in Nazareth.

On the 8th day of Passover our team went to film on top of Mount Precipice. This day is traditionally the last day of Passover and commemorates the crossing of the Red Sea. In Jewish traditions there is modern custom to have an additional Passover meal at the end of this day ending the season of redemption (esp. Chabad Chasidim). This meal is called: ‘Se’udat Mashiach’ (The Meal of the Messiah). It celebrates the start of future redemption and focusses on complete redemption that the Messiah will bring. Many Jews hold a small Passover meal with four cups of wine and matzes and sing songs of redemption as a memorial to the red sea crossing and the great exodus which is coming in the future.

According to the Lubavitcher Rebbe: “The last day of Passover is the disclosure of Messiah.” Orthodox Chasidim believe that God grants revelations about Messiah on this day.

What is this revelation?

AMAZINGLY on the 8th day of Passover during Messiah’s Meal in all the synagogues all over the world they read a Torah portion (haftarah) about the Messiah: Isaiah 11:1-2.

“A shoot will come up from the stump of Jesse;

THIS IS THE REVELATION…  the Netzer is the hope of the world. Yeshua of Nazareth.

After 70 AD when the temple was destroyed all the records of the Jewish families lineage and tribes were also destroyed. From that moment on no one could prove they were from the lineage of King David. Therefore anyone claiming to be the Messiah after 70 AD does not have the records to prove it.

As the sun set over Nazareth, we stood on Mount Precipice and prayed for the people. I opened the Torah-Haftara portion of the week: Isaiah 11 and read the forgotten prophecy out loud. Together with our small team (who didn’t know much of the Jewish traditions about this day) we sang songs of redemption, had communion in honor of the Messiah Yeshua, and remembered what the Lamb of God had done for us to set us free. We prayed for the future redemption to come to Israel now and that people would understand the revelation about the Messiah revealed on this day. It also gave me great hope that Nazareth would be the place where revival would start. 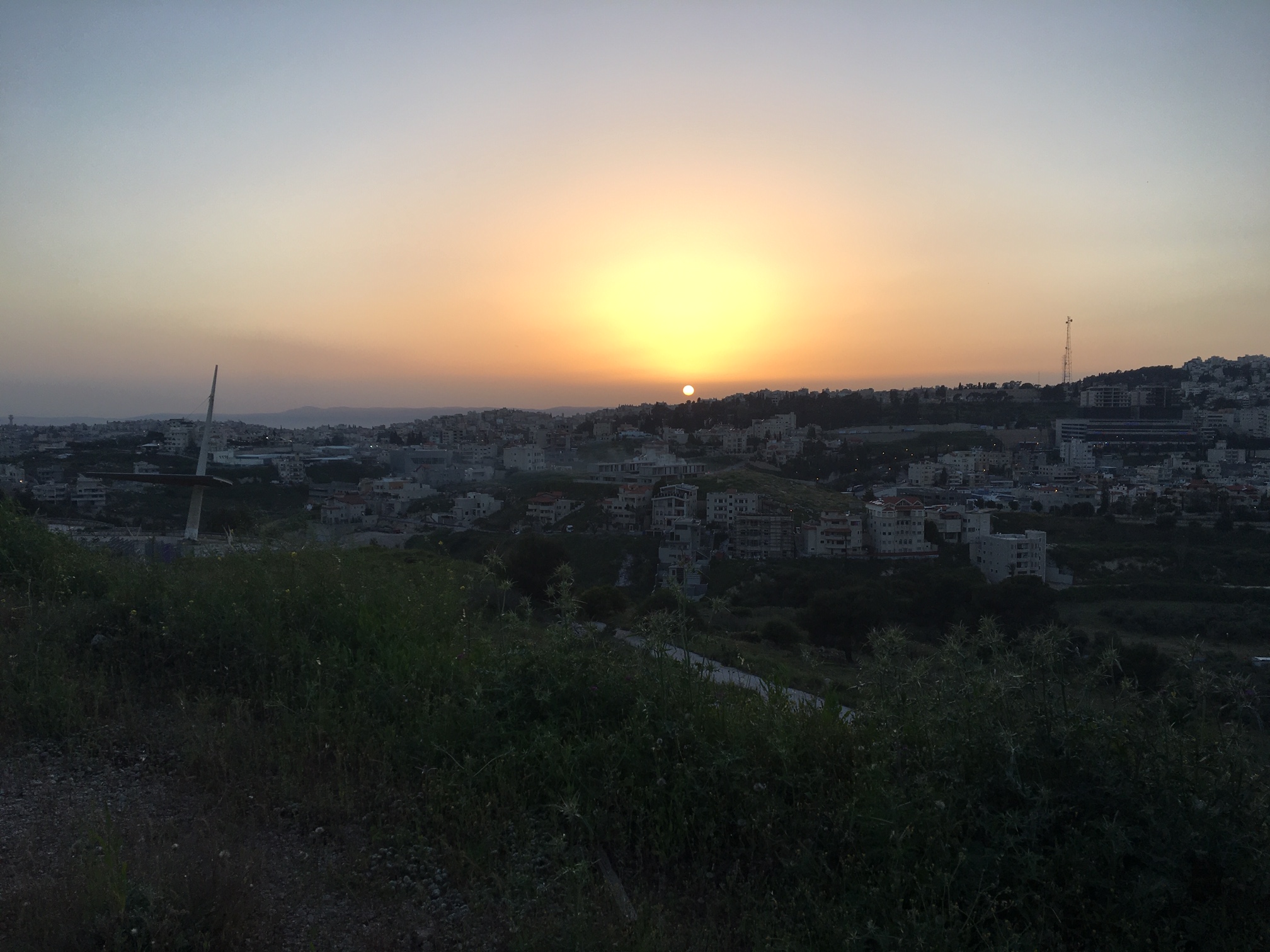 “Come my children come. Follow me through the Red Sea.

Come and I will lead you. Through the greatest exodus ever

And I will set you free”

What good can come from Nazareth?

A Hope for the redemption of Israel! Yeshua (Jesus) is the Netzer, the branch, our hope, the king of Israel and Messiah who restores all Israel, who came from the stump of Jesse. And he is our hope for Israel today.

Our ministry is called Plant Hope Israel. The name comes from a dream I had in 2015 in which I saw a hand come from heaven. In the middle of the hand was a small plant (a netser) growing upwards with seven leaves. During the dream I heard the Lord say: “Go plant hope in the hearts of men.” The word “plant” was a verb and a noun at the same time. It was the act of bringing hope and also a netzer, a branch of hope, growing out of the hands of Yeshua. This branch symbolized the beginning of redemption for Israel. Four years after the dream I was in Nazareth and the Lord asked me to research the spiritual significance of the word Nazareth and I found the relationship with planting hope and renewed revival in Israel.

Interestingly, in the Middle East, followers of Jesus are often called Nazarenes (Acts 24:5). Even today in Hebrew the word for Christians is “NOTSRIM” which means those that come from Nazareth. Therefore the Hebrew meaning of Christians is branches of hope. In Hebrew words have multiple meanings. The word Netser could also mean “to watch, guard or keep, a promise or covenant”. Notsrim could mean watchmen and safekeepers and protectors. We are watchmen of Israel to pray and for Israel, guardians of the promise of God of redemption through Yeshua. These three root letters can also be used in the context of Christianity, which is called ‘natzrut’ נצרות in Hebrew. To become a Christian is nitzer נצר.  A related word, notzri, is used for a Christian —as someone who follows Yeshua of Natzeret נצרת (Nazareth). Through Yeshua the light of God went into all the nations and he will stand as banner for his people.

“In that day the Root of Jesse will stand as a banner for the peoples; the nations will rally to Him, and His resting place will be glorious.”  (Isaiah 11:10)

Awestruck by Glory: A Testimony of Freedom and Hope