The testimony of Elijah and Jennifer Guetta

This is an incredible true story about a Jewish family who searched for God in the Kabbala, was attacked by high level demons, and saved supernaturally by Yeshua Himself. It is also the testimony of a Biblical archaeologist’s confrontation with the spirit world and a real experience with Yeshua. This is a story about archaeology and faith, about Jews who come to know the Messiah through dreams, a modern tale of Elijah fighting Jezebel, an incredible Paul-like conversion of a biblical archaeologist, and real end time prophecies fulfilled during the blood moons of 2015.

​The story starts on September 11, 2012 when Elijah and Jennifer Guetta invited the great granddaughter of a famous Kabbalist, the Baba Sali, into their home (Lily). Born in Israel, Elijah grew up as a traditional Jew. His family came from Djerba (Tunisia) and were descendants from the priests of the First Temple. Elijah moved to the Netherlands in the 80’s and married Jennifer, a Dutch-American biblical archaeologist who converted to liberal Judaism. Jennifer spent years digging in Israel to find the truth about God and the Bible. She was the supervisor of the Megiddo Excavations and assisted Professor Israel Finkelstein, the most controversial archaeologist in the world, whose book The Bible Unearthed caused thousands of people to lose their faith. As scientists they did not believe in the supernatural. 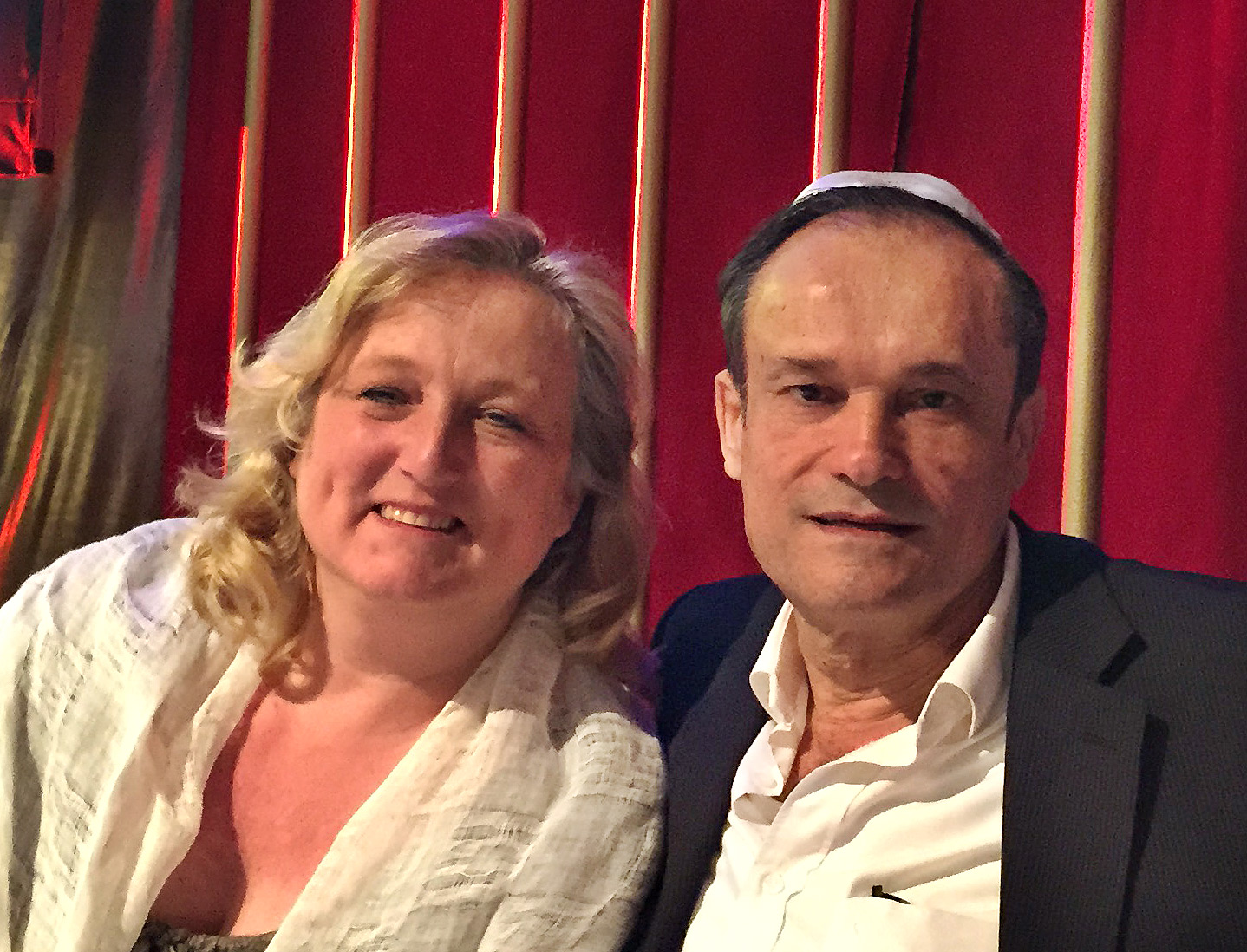 Lily was supposed to stay one day, but little did Jennifer and Elijah know that she was doing witchcraft in their house and was possessed by an upper level principality (Lilith-Jezebel). After three months they physically got her out of the house, but were then attacked by an invisible force they could not explain. This demon spoke through people, attacked them at night, and even tried to kill them. They were shocked by the existence of demons and for five months went through hell. Desperate, they searched for help with local Rabbi’s and tried every new age technique possible. Nothing worked.

One day someone told them to cast the demons out in the name of Yeshua. Willing to try anything, they called on His name and noticed something changed. Stunned, they wondered why demons listen to Yeshua and why He had authority in the spirit realm. Then the miracles started to happen. Yeshua revealed Himself through many dreams and visions and literally set them free. God removed the veil over their eyes and in a miraculous way the Torah came to life. The very book, which the archaeologist had undermined started talking back and said: “Follow me”, pointing the way to salvation. Instead of finding answers in Kabbala, they discovered that Yeshua was alive, the Messiah of Israel, and that the Bible was not just a history book, but the literal Word of God. Miracles truly transcend science.

​After their rescue Yeshua called Jennifer to testify about what had happened on Dutch national TV and to tell their story in Israel, amongst Rabbi’s and archaeologists. Eliahu and Jennifer travelled to Netivot, the burial town of the Baba Sali, and told the Rabbi’s what had happened. Knowing the power of the darkness, the Rabbi’s were amazed that they had survived and that Yeshua was alive and victorious.

​But the story did not end there. Elijah and Jennifer were called to prepare the way of the Lord and bring the church together in unity. In two dreams in two different countries Yeshua told them to organize the greatest Passover Europe ever had, with exactly 400 followers of the Messiah. The Passover coincided with Good Friday and with the super blood moon on the 3rd of April in 2015, the same night that America signed the disastrous nuclear deal with Iran. The road to this Passover was a great miracle. Together with 400 believers, including other new Israeli believers and two refugees from Iran, they celebrated their freedom. It was a turning point in time and a prophetic meal that proclaimed Yeshua’s victory and peace in the world. In the following year they continued to organize many biblical feasts with believers as one new man and on the Feast of Trumpets 2015 Elijah stood up in front of 200 people and announced: “Hine Ha Maschiach Ba!” (Look the Messiah is coming!). A new dawn is truly rising over Israel.

Read the extended version of Jennifer and Elia’s testimony and more:

Would you like Jennifer and Elijah to come and share their testimony at your church or conference? Request a booking today!