by Jennifer GuettaSep 16, 2019Messiah IN Prophecy

According to Jewish prophecy the Messiah will enter Jerusalem riding on a donkey.

Zechariah 9:9:
“Rejoice greatly, O Daughter of Zion! Shout, Daughter of Jerusalem! See, your king comes to you, righteous and having salvation, gentle and riding on a donkey, on a colt, the foal of a donkey.”

Even today many rabbi’s are still saying that when the Messiah comes he will enter the golden gate ON A DONKEY. Guy Cohen, an orthodox Jew, asked his rabbi questions about the Messiah and how he could possibly come on a DONKEY in this day and age! Hear his story and listen to the answer of the rabbi: HERE

“Alfred Edersheim, a Christian Jew who lived during the 1800s, studied ancient Rabbinical writings, and said that Zechariah 9:9 was often interpreted as being about a Messiah. In his book, The Life and Times of Jesus the Messiah, Edersheim wrote: “The Messianic application of this verse in all its parts has already been repeatedly indicated. We may here add that there are many traditions about this donkey on which the Messiah is to ride; and so firm was the belief in it, that, according to the Talmud, ‘if anyone saw a donkey in his dreams, he will see salvation’ (Ber 56 b).” (from www.aboutbibleprophecy.com). The ‘king’ referred to in this verse is interpreted by Chazal as referring to the Messiah.

In Jewish tradition, The Messiah’s Donkey (Hebrew: חמורו של משיח) refers to the donkey that the Messiah will ride on when he comes to redeem the world at the end of days.

In Modern Hebrew the phrase “the Messiah’s donkey” is used to refer to someone who: does the ‘dirty work’ on behalf of someone else.

THE FULFILLMENT OF THE DONKEY PROPHECY ALREADY HAPPENED 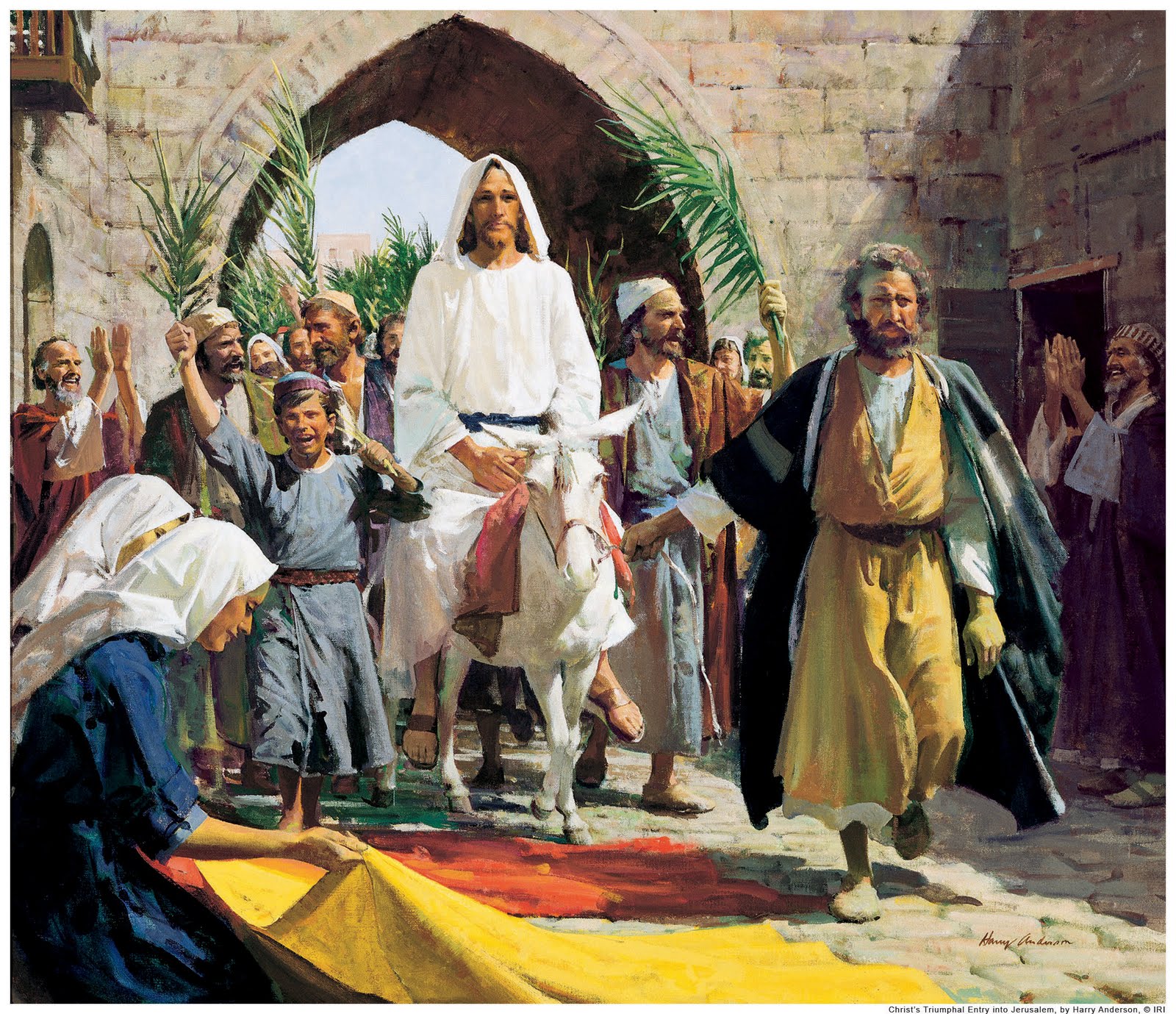 Yeshua rode into Jerusalem on a donkey and presented himself as the Messiah, the King. Yeshua rode the donkey into Jerusalem on the 10th day of Nisan, a few days before Passover, exactly on the day the Korban/the lamb was chosen which would be sacrified. He also did the dirty work for us by becoming the Passover lam and dying for our sins and setting us free. He took our place and died on our behalf.

“They took the branches of the palm trees and went out to meet Him, and began to shout, “Hosanna! BLESSED IS HE WHO COMES IN THE NAME OF THE LORD, even the King of Israel.” Jesus, finding a young donkey, sat on it; as it is written, “FEAR NOT, DAUGHTER OF ZION; BEHOLD, YOUR KING IS COMING, SEATED ON A DONKEY’S COLT.”

“When He had said this, He went on ahead, going up to Jerusalem. And it came to pass, when He drew near to Bethphage and Bethany, at the mountain called Olivet, that He sent two of His disciples, saying, “Go into the village opposite you, where as you enter you will find a colt tied, on which no one has ever sat. Loose it and bring it here. And if anyone asks you, ‘Why are you loosing it?’ thus you shall say to him, ‘Because the Lord has need of it.’” So those who were sent went their way and found it just as He had said to them. But as they were loosing the colt, the owners of it said to them, “Why are you loosing the colt?” And they said, “The Lord has need of him.” Then they brought him to Jesus. And they threw their own clothes on the colt, and they set Jesus on him. And as He went, many spread their clothes on the road. Then, as He was now drawing near the descent of the Mount of Olives, the whole multitude of the disciples began to rejoice and praise God with a loud voice for all the mighty works they had seen, saying:

“ ‘Blessed is the King who comes in the name of the Lord!’
Peace in heaven and glory in the highest!”

1 And when they came nigh to Jerusalem, unto Bethphage and Bethany, at the mount of Olives, he sendeth forth two of his disciples,

2 And saith unto them, Go your way into the village over against you: and as soon as ye be entered into it, ye shall find a colt tied, whereon never man sat; loose him, and bring him.

3 And if any man say unto you, Why do ye this? say ye that the Lord hath need of him; and straightway he will send him hither.

4 And they went their way, and found the colt tied by the door without in a place where two ways met; and they loose him.

5 And certain of them that stood there said unto them, What do ye, loosing the colt?

6 And they said unto them even as Jesus had commanded: and they let them go.

7 And they brought the colt to Jesus, and cast their garments on him; and he sat upon him.

8 And many spread their garments in the way: and others cut down branches off the trees, and strawed them in the way.

9 And they that went before, and they that followed, cried, saying, Hosanna; Blessed is he that cometh in the name of the Lord:

10 Blessed be the kingdom of our father David, that cometh in the name of the Lord: Hosanna in the highest.