by Jennifer GuettaSep 12, 2019Messiah IN Archaeology

“When He had said this, He spat on the ground, and made clay of the spittle, and applied the clay to his eyes, and said to him, “Go, wash in the pool of Siloam “. So he went away and washed, and came back seeing.” John 9:6,7 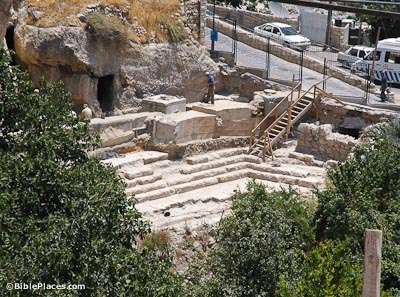 The Pool of Siloam is also called the Pool of Shiloah (Isaiah 8:6), was an important place for the Messiah of Israel. The word Siloam itself means: “Sent”. There are several rabbinic traditions which say that the pool of Siloam is the “Messiah’s pool”. Indeed it was used by kings and priests and by the Messiah Himself.

During the time of ancient Israel, the ancient Canaanite (MB) tunnels connected the water from the Gihon spring to the current place of the Siloam pool. This pool is also most likely the place where King David had his gardens. In my book “The Treasure of Zion” several scenes take place at this pool. The water from the pool was pure spring water and was the only source of spring water in the area. It was known as a river of life.

Psalm 46:4
“There is a river whose streams make glad the city of God, the holy place where the Most High dwells.”

King Hezekiah rerouted the water from Gihon spring to the pool through a separate tunnel, known as “Hezekiah’s tunnel”. He also probably rebuilt the pool in the 8th century BC (2 Kings 20:20). The spring, which produced a flow of water about twice a day, was located on the east side of Jerusalem, outside of the wall and on a slope leading down to the Kidron Valley. The original Pool of Siloam was about 53 feet long, 18 feet wide, and 19 feet deep and was made of part hewn rock and part masonry. In 586 BC Jeruzalem was destroyed by the Babylonians and 70 years later the Nehemiah came back and rebuilt the Siloam pool:

“[Shallun son of Kol-Hozeh, ruler of the district of Mizpah] also repaired the wall of the Pool of Siloam, by the King’s Garden, as far as the steps going down from the City of David” (Nehemiah 3:15). 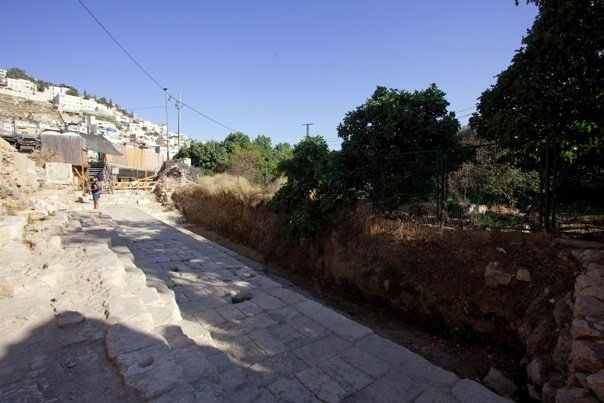 The pool was improved, and enlarged during the reign of Herod the great. At that time it was a great meeting place in Jerusalem and the poor and sick people would often come to the Pool of Siloam to bathe, believing they would be healed. This is the place where Jesus healed the blind man (John 9:6-7).

The SILOAM pool and the Feast of Tabernacles

During the feast of Succoth “The feast of Tabernacles” the water from the pool was used for a special ceremony. A priest would take a golden vessel to the pool and fill it with water and then bring it to the altar in the Temple. As the people shouted and chanted Hallel (Psalm 113-118) the priest would pour the water over the west side of the altar. This was likely to illustrate that Isaiah 12:3, “With joy you will draw water from the wells of salvation.”

Only on the 8th day of the feast they did not do this ritual. On the exact 8th day of this feast Messiah Yeshua said:

“Let anyone who is thirsty come to me and drink. Whoever believes in me, as Scripture has said, rivers of living water will flow from within them” (John 7:37–38).

On the one day of the feast when no water was poured, Jesus stood up and filled the gap! The “water” He offered was also compared to the Living water (the Holy Spirit, verse 39).

The Siloam pool has been excavated in the last few years. There are many layers to the pool from different time periods. In 2014 there was so much rain in Israel that the pool was once again filled with water. A magnificent sight.

Extra information about the pool of Siloam:

The Pool of Siloam, where Jesus healed the blind man

Video of Pool of Siloam filled with water