BEFORE the End of the Second Temple

by Jennifer GuettaSep 16, 2019Messiah IN Prophecy

Recent research has shown that there are 456 prophecies about the Messiah. What are the chances that one man could fulfill all these prophecies from the prophets to the end of the second temple? It is astronomically small. Many Jews understand that “coincidence” does not exist, and that Adonai plans everything perfectly. The chance that one man could fulfill 8 of these prophecies is: 1 in 100.000.000.000.000.000. Yeshua fulfilled everyone one of these things or will fulfill them in the future.That is not coincidence!

According to Daniel the Messiah had to come before the destruction of the Second Temple in 70 AD!

“After the sixty-two ‘sevens,’ the Anointed One will be put to death and will have nothing. The people of the ruler who will come will destroy the city and the sanctuary.” Daniel 9:26

Daniel tells us that the city of Jerusalem will be destroyed by a ruler who will come AFTER the Messiah is put to death. Therefore any claims of Messiah after the destruction of the Temple cannot be accurate and to find the Messiah we must go back nearly 2000 years in history. When the Temple was destroyed all registrations of family histories were also destroyed so it would be impossible for anyone who claims to be the Messiah to prove they came from the House of David. 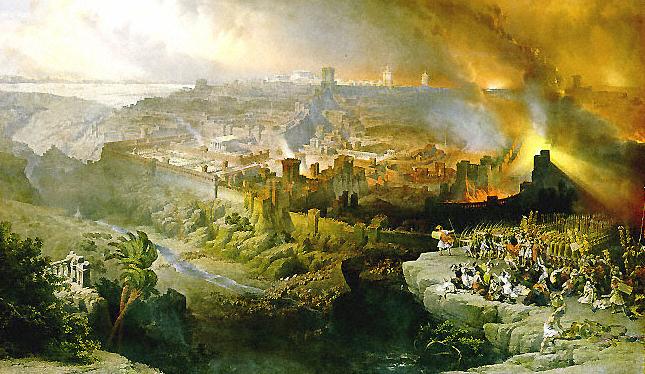