Exploring the Fields of Bethlehem

Amidst shepherds fields and ancient olive trees lies a small town called Bethlehem. It reminds us of a story that changed the world forever. Cut into one of the rocky hills is an ancient cave surrounded by olive trees that waves to our imagination. Shepherds, sheep, donkeys, and three famous kings possible walked over the stony surface nearby. Was it above this hill that a bright star announced the birth of a miracle: the birth of the Messiah? A light that was to shine in the darkness. Was it here that the first “JOY TO THE WORLD” was sung by the angels? 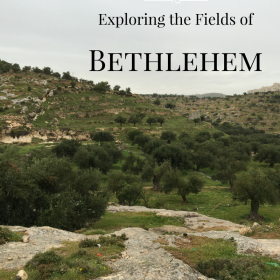 Last April I visited Bethlehem with my mom and two sisters. First, we visited the Church of the Nativity located a little further on the hill, in the town center. It is one of the oldest churches in Israel and was originally built in 327 AD by Constantine the great’s Mother Helena over the traditional place where they thought Jesus was born. BUT there is no way of telling, if it was built on the exact spot. As we passed all the golden decorations, we somehow lost the real feeling of that special night 2000 years ago.

Disappointed, we asked our driver to bring us to some real shepherds fields. Not the fields, where the tourists go! We wanted actual shepherds fields with physical sheep. He laughed at us. Four crazy women tourists in search of the scenery of a 2000 year old story. Amused, he drove down the hill. Abruptly the car stopped. The driver pointed us to a small group of sheep huddled underneath the ancient olive trees in the distance. YES! It looked like a Christmas card, but then without the snow.

Excited, we got out of the car and slowly walked towards the sheep. There was a woman shepherd and the driver respectfully asked her if we could pet her sheep. She was surprised, that anyone took interest in her sheep, and agreed, as long as we didn’t film her. We asked her name and she said: “I am Mary”. In silent awe, we petted her sheep, realizing we found Mary amidst the shepherd fields in Bethlehem! 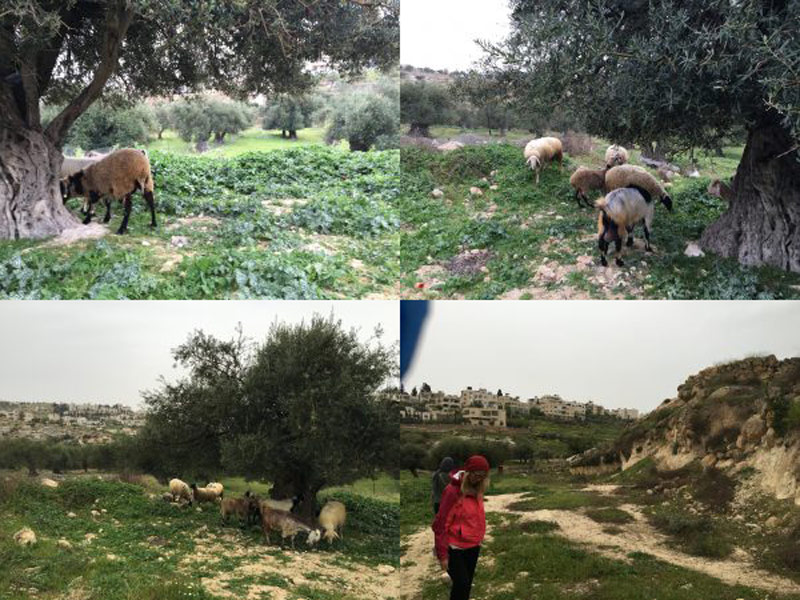 Then we looked around us, and noticed we were in small valley with a slight hill along the side. The outline of an ancient cave was still visible, though it’s roof had collapsed in antiquity. I walked to the cave and stooped down on hard stony surface. I realized, that we did not know for sure if the church on the top of the hill was built on the cave where Jesus was born. It could just as well, been here in the valley. Whatever, the case, this place seemed straight out of our imagination. This is what we dreamed that special night 2000 years ago could have looked like. For us, four woman followers of the Messiah, this was truly a miraculous moment that we will treasure forever in our hearts. 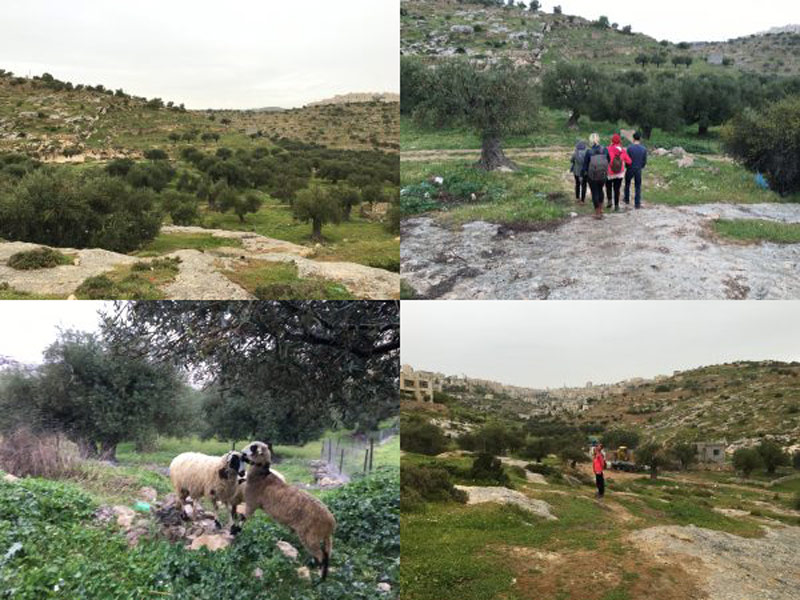 I hope the pictures of this trip will also inspire you this Christmas and May the Light of the Messiah shine on you and fill you with his love. 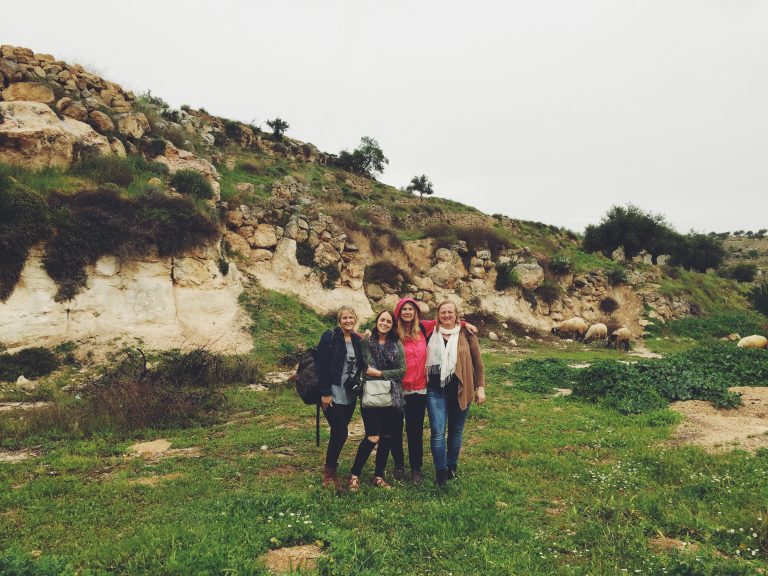 But thou, Bethlehem Ephratah, though thou be little among the thousands of Judah, yet out of thee shall he come forth unto me that is to be ruler in Israel; whose goings forth have been from of old, from everlasting. Micah 5:2

Here are some interesting things about Bethlehem and the birth of Jesus that you might not have known before:

A cave or Succah/not a stable
Jesus was probably not born in a stable. Some scholars believe Jesus was born in a cave, others say he was likely born during the Feast of Tabernacles, and therefore it could have been a Succah. The Hebrew word “stable” is called a sukkoth (Gen. 33:17).

So when was he born?
Jesus was NOT born on December 25th. First because it would have been much too cold for the shepherds to be out at night in Bethlehem. Yes, it can even snow! And secondly, because we know the Catholic church in 336 AD declared December 25th on the Julian calendar to be Jesus’ birthday in order to replace a pagan Roman holiday. There is much speculation about the real date and we cannot know for sure. Some scholars think Jesus was born in the spring. In this case it was probably on the 1st of Nisan, the first day of the ancient Jewish calendar. This was also the season that lambs were naturally born. Interestingly the lambs of Bethlehem were probably raised for sacrifice in the temple.

Other scholars believe Jesus was born in the fall, on the first day of Succoth (The Feast of Tabernacles). They base this calculation on the announcement of the birth of John the Baptist. John the Baptist was likely conceived around Sivan 30, the eleventh week of the Jewish year. Zechariah was a priest in the temple when he received the announcement about his son, and we know he was serving in the temple between Sivan 12 to 18. Forty weeks later, would place his birth on Passover. Just as prophecy said: He was coming in the spirit of Elijah at Passover. Six months after John’s conception an angel visited Mary and announced the birth of Jesus. This was likely around the time of Hanukkah. The day that LIGHT came into the world! (still something to celebrate at Christmas). Nine months later would place Jesus birth on the first day of Succoth/Feast of Tabernacles, and his circumcision on the 8th day. This is a special day which is the fulfillment of the Torah. The beginning and the end. The word comes to life.

There are some interesting similarities between the Christmas story and the Feast of Tabernacles/Succoth.

1. John 1:14 says: “The Word became flesh and tabernacled among us .” In John the word “dwelled” is literally “tabernacled” in the Greek. It is on the Feast of Tabernacles we celebrate that God tabernacles with us!

2. Isaiah 7:14 says: “Therefore the Lord himself shall give you a sign; Behold, a virgin shall conceive, and bear a son, and shall call his name Immanuel.” In Hebrew Immanuel means “God with us”. On the Feast of Tabernacles we celebrate that God is with us.

3. One of the main themes of the Feast of Tabernacles is that we are to be JOYFUL. When the angel sang for the shepherds “Do not be afraid. I bring you good news of great joy that will be for all the people” (Luke 2:10). The angel was actually giving them a greeting for the Festival of Sukkot! This is the Season of OUR JOY.

4. The Feast of tabernacles is also the Feast of ALL NATIONS. Therefore we celebrate that JOY has come to ALL the Nations of the world!

May the Light of Messiah shine in all the world and may there be JOY TO THE WORLD! 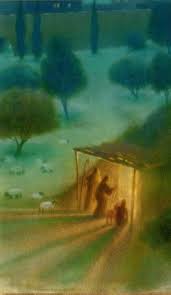